Clone Wars Anakin Skywalker Maquette
by: Gentle Giant
Price: Rp.2.250.000,-
Impressed by Anakin's skill with the Force, the Jedi Council quickly conferred upon him the status of General and Jedi Knight at the war's outset. Anakin led the 501st Legion of clone troopers on many campaigns, with Clone Captain Rex serving under him.
Anakin's brash nature and bold talk often placed him at odds with the other Jedi, many of whom view Anakin as a loose-cannon -- albeit an exceptionally talented one. In an effort to teach Anakin responsibility, Master Yoda gave him a Padawan learner, 14-year-old Ahsoka Tano. Though they were as different as a Master and his apprentice could be, Anakin and Ahsoka quickly found a common ground, which left Yoda wondering whether the responsibility of mentorship would actually calm Anakin's wild ways, or if he'd simply pass them on to his new Padawan.
Anakin is shown here with his lightsaber drawn and ready for action! This animated maquette stands approximately 9" tall and 11.5" including lightsaber.

STAR WARS: ANIMATED STORMTROOPER MAQUETTE
by: Gentle Giant
price: Rp.2.250.000,-
The worst shots in the galaxy (maybe its those helmets?), the Empire's dreaded stormtroopers make up for a lack of marksmanship with sheer numbers! Continuing their series of Star Wars maquettes presenting Original Trilogy characters in the Clone Wars animation-style, Gentle Giant unleashes the Imperial Stormtrooper! Standing 8" tall, and produced in cooperation with Lucasfilm, this fully painted maquette comes with a hand- numbered Certificate of Authenticity!

Obi-Wan Kenobi in Clone Trooper Armor Statue
by: Gentle Giant
Price: Rp.3.750.000,-
As a General in the Clone Wars, Obi-Wan Kenobi served the Senate and the Republic heroically, on numerous historic battlefronts. Despite his misgivings, he became a seasoned starfighter pilot, learning several tricks from his unorthodox Padawan, Anakin Skywalker, as the duo blazed a trail of victory through Separatists lines. During the Clone Wars, Kenobi ascended to the rank of Jedi Master, and he occupied a position in the Jedi Council.
Limited Edition of 2500
This 1/6 scale statue is 11 inches tall.

Anakin VS Asajj Diorama
by: Sideshow Collectibles
Price: Rp.5.250.000,-
Sideshow Collectibles is proud to present the Anakin VS. Asajj Diorama, depicting one of the fiercest rivalries in the Star Wars Universe. The detailed sculpture captures the intensity of the ongoing battle between the Jedi and the Dark Side. Each diorama is individually painted and finished to exacting standards, each with its own unique quality and detail that is the trademark of a handcrafted Sideshow Collectibles Diorama. This stunning piece will make an outstanding addition to any Star Wars display!
Product Specifications
License: Star Wars
Product Type: Polystone Diorama
Product Size: 17" H (431.8mm) x 16" W (406.4mm) x 16" L (406.4mm)*
Product Weight: 12.00 lbs (5.44 kg)*
Box Size: 20.00" H (508mm) x 20.00" W (508mm) x 12.00" L (304.8mm)*
Est. Shipping Weight: 12.00 lbs (5.44 kg)* 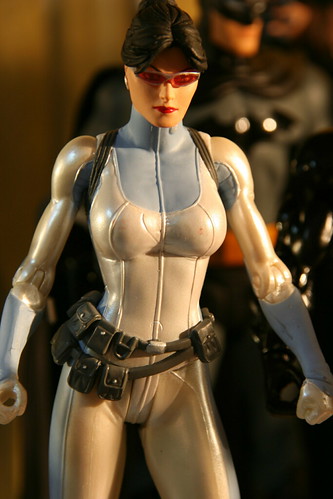 [SIZE=+1]Millenium Falcon Star Wars Legacy Collection Vehicle[/SIZE]
Best known as the fastest ship in the Star Wars galaxy, piloted by Han Solo and Chewbacca,
this detailed replica of the rebel spacecraft packs powerful secrets and special modifications inside and out.
Measuring more than two-and-a-half feet long, the Millennium Falcon's uniquely circular style
is ready to blast off with light-up headlights and loads of electronic vehicle and weapon sounds,
including engine boost, cruise mode, fly-by, firing cannons and much more! Open the light-up cockpit and fit up to four figures inside.
The vehicles comes with Han Solo and Chewbacca figures and can hold up to 16 more (each sold separately)
inside its secret smuggling compartments, pivoting gunner station or missile-firing mini-fighter vehicle.
Remove the outer panels to access the ship's interior. Then, head for the medical bay to treat wounded troops!
Activate deployment sounds and landing lights with the auto-opening boarding ramp.
Or plan your attack against the Empire with a pivoting gunner station, rotating laser turret and 3-missile launcher,
with plenty of realistic blasting sounds and projectiles to keep enemies at bay.
A pivoting training probe makes lightsaber and movement sounds for those who wish to practice their Force fighting skills.
Trigger more than 20 authentic movie phrases and sounds from the voices of Han Solo, Luke Skywalker, Obi-Wan Kenobi, C-3PO, Chewbacca and R2-D2!
Light up the hyperdrive engine lights and fly your imagination into the next constellation or the other end of your playroom!
Add this impressive vehicle to your collection and recreate your favorite battle scenes, or strategize your own endless action adventures! Entertainment Earth Exclusive! The toy you always wanted is finally here.
Based on the 1989 Back to the Future II movie, this is the best toy DeLorean money can buy.
Not only does it feature classic DMC engineering (like the gull-wing doors) and Doc Brown's own special modifications,
but our version of the DeLorean automobile also has the 2015 hover conversion kit.
That's right, our exclusive vehicle has wheels that pop out for "flight mode"!
The wheels spin, the doors open, and its plastic construction feels just like the toy you always wished you had.
Don't miss your chance at owning one of America's finest motorcars with a special, futuristic, time-traveling twist!
It's a limited edition. 13-inch long vehicle that's compatible with many 3 3/4-inch scale action figures* (not included).

Note: While this vehicle is scaled to interact with 3 3/4-inch scale action figures
like Hasbro's G.I. Joe and Star Wars lines, there are no figures for Doc or Marty planned for release at this time. 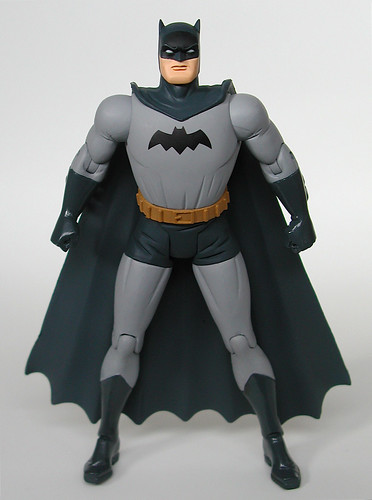 Creech ci.001, deluxe boxed set based on the artwork of The Creech: Out for Blood issue #1.